The first rumblings of a Conservative leadership challenge have been detected around Westminster this weekend. In a BBC interview on The Andrew Marr Show, Chancellor of the Exchequer, Philip Hammond, claimed that cabinet colleagues were “briefing against” him because they were not happy with his agenda in looking for a Brexit focused on the economy rather than immigration.

“Even a woman can drive a train!”

Coming, as it does, hot on the heels of allegations of sexism by the Chancellor in Cabinet, and a conspiracy theorist could be forgiven for wondering if there wasn’t some kind of witch hunt beginning, perhaps with the intention of discrediting the Chancellor should he decide to throw his hat into the ring to replace Theresa May when the time inevitably comes.

Such negative press might also prove advantageous to the Prime Minister, were she minded to replace Mr Hammond at the Treasury, her supposed intention had she won the expected majority at last month’s election. The result not only weakened her position in the country and the party but also bought Mr Hammond a stay of execution at No. 11, since Mrs May felt unable to de-stabilise her government further by removing a senior Cabinet member at such a critical time.

Hammond has thus been dealt a couple of body blows shortly before the summer recess, which will certainly give Conservative party members food for thought over the next few weeks. The latest blow to the Chancellor came as he declared on the Marr show that public sector workers were, in fact, 10% better off than their private sector counterparts, once the “generous” pensions on offer to the public sector were factored in:

“When you take into account the very generous contributions that public sector employers have to pay in for their workers’ very generous pensions, they are still about 10% ahead.”

He said he understood the issues faced by public sector workers and conceded that:

Whether or not his colleagues are briefing against him remains to be seen, but such remarks will not find much favour with those police officers, teachers, nurses, doctors, firefighters and millions of others who have seen their pay decrease in real terms over the past decade and will see any future rises capped at 1% per annum until at least 2020.

Conservative government on the ropes?

Perhaps this offers further evidence of a government on the ropes, still out of touch with the mood of the country, and still hugely divided on a number of policy issues, not least the car crash that is the UK’s departure from the EU. 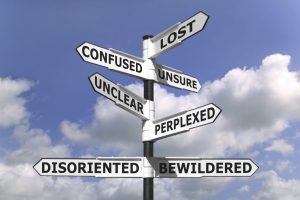 Despite the Prime Minister’s determination to “make a success of Brexit”, the government (and country as a whole) remain deeply divided. A recent survey showed that if the referendum were to be re-run, the result would be completely different.

But even putting that aside and continuing down the Brexit path with a sheer pig-headed unwillingness to look facts in the face (as we are currently seeing), even the ministers responsible for negotiating our departure don’t know what each other is doing.

The Foreign Secretary, Boris Johnson, brazenly maintains that there is no ‘Plan B’ should the UK fail to secure a deal by 2019 – apparently, there is no need! Meanwhile, the Brexit Secretary, David Davis, said the government has been working hard on various scenarios should the worst happen and we leave the Union with nothing.

Meanwhile, former Cabinet Secretary, Sir Gus O’Donnell, has warned that internal squabbles and unrealistic expectations could severely hamper the UK’s ability to secure a Brexit deal, particularly as the EU have organised themselves since the triggering of Article 50 and are ready for the negotiations:

“The EU has clear negotiating guidelines, while it appears that cabinet members haven’t yet finished negotiating with each other, never mind the EU. There is no chance all the details will be hammered out in 20 months. We will need a long transition phase and the time needed does not diminish by pretending that this phase is just about ‘implementing’ agreed policies as they will not all be agreed. “ 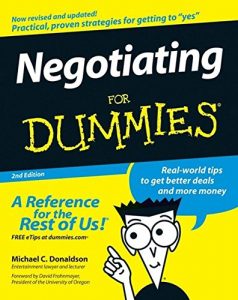 The seemingly amateur approach to Brexit being adopted by the UK government, along with simmering tensions over Theresa May’s continued occupancy of No. 10, is further evidence that David Cameron’s vanity referendum was a spectacular failure.

Designed to put down once-and-for-all the Eurosceptic wing of the Conservatives and finally heal party divisions, all it has achieved is to deeply divide the country, kill-off Cameron’s own career in government, and damage, perhaps irrevocably, Britain’s relationship with the rest of Europe.

Surely nobody could have predicted such a political mess when David Cameron swaggered back into No. 10 back in 2015, having secured an unlikely majority at the general election? A referendum on an issue for which few outside the Conservative party had much of an appetite, won by a campaign based on outright lies was swiftly followed by another election – a 20-point lead evaporating and a hung parliament with a shabby deal with terrorist sympathisers to cling on to power.

Deal or no deal? Can ‘no deal’ really be better than a ‘bad deal’? Brexit means Brexit, and the government are getting on with the job. Ground control to Major May, the circuit’s dead – there’s something wrong! Can you hear me, Major May?