So, she is human! Theresa May, more awkward, hapless and robotic than C-3PO, has claimed in an interview that she “shed a little tear” on the night of the General Election as the exit poll confirmed her worst fears – the nailed-on victory she expected, the coronation she craved and the mandate for a ‘hard’ Brexit she so desperately wanted, had all perished under the tidal wave of anti-austerity and Corbynmania.

“Shed a little tear.” If you believe her – the jury is out. There is a nagging feeling that she had words put into her mouth by the interviewer, and she jumped on the opportunity to use them to try and portray a more likeable, humble, feeling side to her character.

A 20-point lead in the opinion polls had evaporated and the government’s majority, albeit a slim one, was in the dustbin of history. A billion pounds and one grubby deal with the right-wing Democratic Unionist Party later, and Mrs May has been able to cancel the removal company. She is staying in No. 10 – for now.

Elephant in the Room

Until now, the PM has studiously ignored the elephant in the room and continued to bang on – about “stable government”, about “getting on with the job” and “delivering on the will of the people.” But the walls are crumbling around her wretched premiership, and this week, she has sought to reach out across the political spectrum, looking for cross-party co-operation on Brexit and domestic policy-making. And in a BBC interview today, she confessed to “shock” at the election result, taking a “few minutes” for the poll to sink in, and shedding a tear as the impact hit. 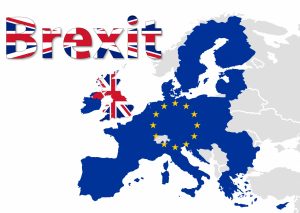 However, as Brexit negotiations begin taking shape, and as the British government finally published its Repeal Bill designed to translate European Union law onto the UK statute books, she (and the fragile Conservative ‘government’ at large) are finally waking up to the fiasco unleashed by David Cameron’s vanity referendum. They are asking the financially cavalier (according to the Tories during the election campaign) Labour party (who, incidentally, they consider to be terrorist sympathisers – er, the Democratic Unionists anyone?) to contribute policy ideas and for their support in coming together to “get the best deal possible deal” from Brexit.

To recap: a Conservative-led coalition back in 2015 promised an ‘In/Out’ referendum on EU membership to try and settle decades-long civil war within their own party. Not, unfortunately, for the good of the country as a whole. The Tories, somewhat unexpectedly, secured an overall majority and off to work they went. Along came the referendum and, against the odds, the Leave campaign won the day, largely on the basis of hyperbole, false promises and outright lies – £350m a week for the NHS anyone?

Staring into the Abyss

As things stand, the UK is staring into a self-inflicted abyss. Over a year after 52% (of those bothered to vote) decided to leave the EU, almost nothing, perceptibly at least, has happened. And this despite the UK finally triggering Article 50. On a daily basis, stories emerge of financial meltdown, major corporations fleeing the UK for the sanctuary of Europe and confusion among leading members of the UK’s Brexit team.

No wonder she “shed a little tear.” But I strongly suspect far more tears are shed every time she opens her mouth to utter another meaningless platitude – “getting on with the job”, “Brexit means Brexit”, you get the picture….

Far from “taking back control” and “making a success of Brexit”, all the UK government are managing to achieve is the scoring of political own-goals at almost every turn. The UK is fast becoming a laughing stock on the international stage, the circus being taken over by the clowns, who are hell-bent on adopting an increasingly slapstick routine which just isn’t funny.

A year on from her vacuous promises to fight “burning injustice” and make Britain a fairer place for which works for everyone and not just the “privileged few”, people are still suffering after years of struggle under austerity policies of the government, and things are set to get worse as the economic reality of Brexit bites.

There won’t be too many tears shed when Mrs May bows to the inevitable, but the bigger worry might be which of the clowns will take over from her, assuming she goes before the next general election.