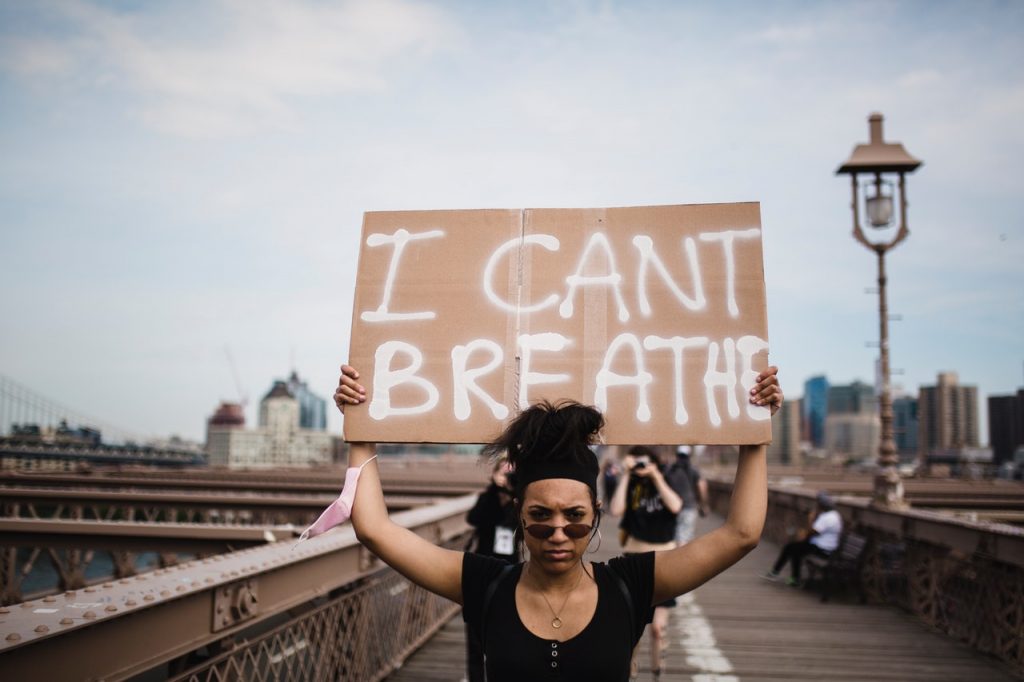 The death of George Floyd at the hands of a white Minneapolis police officer has sparked a wave of demonstrations, protests and downright rioting around the world. The appalling (and seemingly deliberate) act has reignited the race debate and has brought firmly into focus a barely concealed undercurrent of discontent, disharmony and downright distrust.

The ‘Black Lives Matter’ movement has seized on the opportunity (and rightly so) to remind the world of the gross inequality and abhorrent treatment of people of colour, largely at the hands of white oppressors. (Full disclosure: I am a white, privileged male who has experienced no racism or victimisation during my life, and nor am I likely to).

In the UK, racial tensions have been seriously agitated by the Floyd killing. For a nation which prides itself on its multiculturalism and inclusivity, we often conveniently forget that much of what we have today was built on imperialism and the subjugation of BAME people around the world.

Even in modern-day Britain, it’s easy enough to unearth far-right agitators. The British National Party was all-but swept away during the heady days of the 1990s and Cool Britannia, but the polarising EU referendum played on nationalist sentiments which frequently broke out into outright xenophobia and racism during the campaign. And this has continued unabated in the years since.

Nationalism has enjoyed a renaissance around the world, with, notably, the United States and Brazil front-and-centre, electing right-wing governments with demagogic leaders in Trump and Bolsonaro. Britain is not far behind.

For all his loveable rogue schtick, Boris Johnson is equally dangerous and has form in the racism stakes, having previously described black people as “piccaninnies” and having “watermelon smiles” and women wearing the burka as looking like “letter boxes” and “bank robbers.”

Desperate times, then. At the start of the coronavirus pandemic in the UK, hopes were high that the terrible virus might actually reunite a broken and divided country. As lockdown measures were (belatedly) imposed to limit the spread of the virus, thoughts turned to the British Bulldog spirit of World War 2 and the Blitz, of a nation pulling together in a time of crisis to fend off an insidious enemy.

It did not last very long.

BLM demonstrations in the wake of the Floyd killing were followed by right-wing groups hitting the streets of UK cities, ostensibly to protect ‘at risk’ statues from the supposed angry mob of BLM activists intent on tearing them down as had befallen the controversial statue of Edward Colston, which was unceremoniously dumped into the River Avon in Bristol harbour.

In the event, no one displayed the slightest interest in defacing or removing such statues and the right-wing groups instead took the opportunity to vent their fury on the police and plenty of innocent bystanders, described by Boris Johnson as “racist thuggery.” For once, it is hard to argue with him.

It’s truly mind-boggling that in the 21st century, we are still talking about this. What is wrong with (white) people that they fear other races so much? I just cannot countenance such a perspective; it is just so alien to the way I see the world and my place in it.

Life is just too short to harbour such anger and hatred, and for no good reason. None. But sadly, I can’t see anything changing any time soon. Such attitudes are so deeply ingrained in the psyche of so many British people and these prejudices are stoked on a daily basis by the media and the unfettered nonsense spread on social media into the timelines of gullible and non-thinking fascists all across the country.

It’s all so depressing.