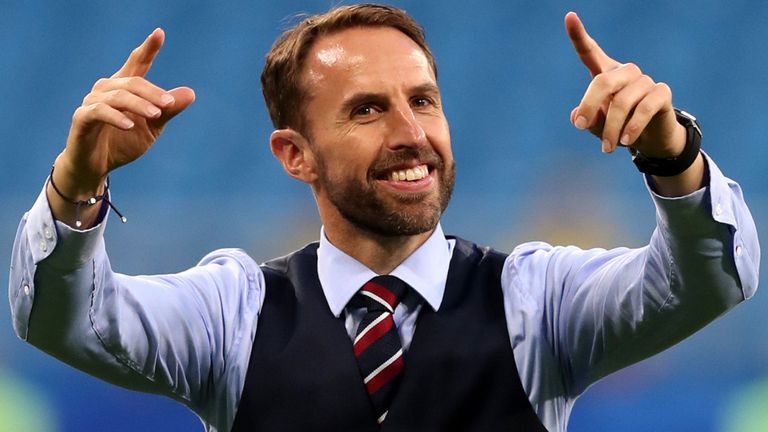 Did anyone really think, in their wildest dreams, that England would reach the semi-finals of the World Cup in Russia?

Gareth Southgate was a fairly underwhelming appointment to succeed Sam Allardyce as manager; initially a stop-gap after Big Sam was caught, metaphorically, with his hand in the till, Southgate was handed the role on a permanent basis, arguably because of a lack of credible alternatives rather than anything his CV had to offer.

But a strong qualifying campaign, which saw England unbeaten, hinted at more than a mere changing of the guard and Southgate has continued to impress with his considered and decisive handling of a previously fractured and ageing squad, not least by calling time on the international career of the team’s hitherto talisman and biggest name, Wayne Rooney.

Southgate’s measured, understated approach has continued into the tournament itself and although the group (Tunisia, Panama and Belgium) looked straightforward on paper, teams of England past might well have encountered far more difficulty than this year’s vintage.

An ill-tempered second round match against Colombia was successfully negotiated via a rare penalty shootout victory, and following a hard-fought, determined quarter-final win over Sweden, England now find themselves (potentially) 90 minutes away from their second World Cup final.

From (at best) pre-tournament apathy, the whole of England has been caught up on the tidal wave of Southgate’s quiet revolution and many are now convinced that finally, after an interminable break of 52 years, football really is “coming home”.

You can’t win anything with kids

The commentariat, and indeed many England fans, felt this World Cup was a prelude to bigger and better things in the 2020 European Championships and the Qatar World Cup of 2022. Southgate was building for the future, with a talented young group of players not yet ready to fulfil ambitions and expectations. But so far, these young players have confounded us all. Who said you can’t win anything with kids?

Whatever happens on Wednesday evening in Moscow against Croatia, England have far exceeded expectations at this World Cup. The youngest England squad ever has proved they are no longer shackled by the fear of repeated failure, nor are they burdened by the weight of unrealistic expectation.

Will we have a better chance?

It’s probably fair to say that, given the way the draw has opened up, England may not have a better chance at World Cup glory for many years to come. Spain, Germany, Brazil, Argentina – big hitters who have fallen by the wayside. Italy and Holland didn’t even make it to Russia.

And it is also probably fair to observe that England will need to up their game in what remains of the tournament – there is surely a limit to the number of set-piece goals a team can rely on to carry them home.

But whatever happens in the next week, we can all be immensely proud of what has happened and can look forward with fresh optimism for the next few years ahead. This has been the first time since Euro 96 that I have enjoyed watching England play tournament football. The way things have developed, we all hope and pray Harry Kane and the boys can get the job done, not only on Wednesday, but next Sunday as well.

Gareth Southgate, the whole of England is with you.