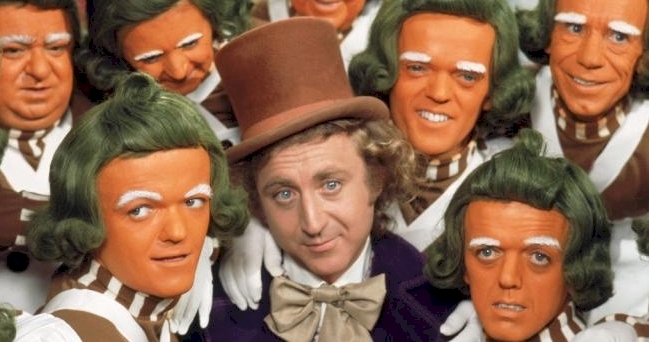 This week, sadly, saw the passing of one of the true legends of Hollywood – Gene Wilder, aged 83, passed away peacefully surrounded by his family, following complications from Alzheimer’s.

Gene was perhaps one of the stars of the 70s and 80s who went about his business under the radar – never a true Hollywood ‘A’ lister, and probably the better (and luckier) for it. He began his acting career on Broadway before transitioning into movies. His slightly awkward, nervous, idiosyncratic style endeared him to millions, with arguably his standout performances coming as the oddball sweet factory owner Willy Wonka in the 1971 movie Willy Wonka & The Chocolate Factory  and of course as Jim, The Wacko Kid in the 1974 Mel Brooks Western spoof, Blazing Saddles.

One of the more touching tributes to the great man can be found here.

RIP Gene – here’s hoping you lived a life full of pure imagination, and wherever you are now is full of snozberries, chocolate waterfalls and, of course, your Oompa-Loompas.