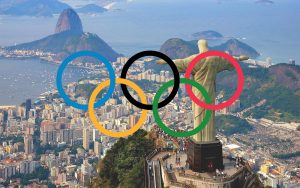 Following on from a post a few days ago, I came across an article about the long-term impact on Rio de Janeiro of hosting the Olympic games.

When Rio won the right to host the games back in 2009, hopes were high for a bright (and prosperous) future, not just for the city, but the country of Brazil. Now the games have closed, however, the city and its 6.2 million inhabitants are beginning to count the cost. The bills are arriving and they have no way of paying.

Where has the money gone?

The state government of Rio were plunged into chaos prior to the games and had to rely on a federal government handout of close to $1 billion to prevent disaster and embarrassment. As is often the case in South American politics, whispers of corruption can be heard, with the Mayor of Rio attempting to prevent an enquiry to investigate the Olympic spending, and quite how the original $13 billion budget was overspent long ago.

Apart from these murky financial issues, projects already completed are crumbling away:  freshly-laid asphalt on main roads has already started to fail; in April, a section of cycle path on Avenida Niemyer collapsed weeks after it was opened, killing two people. And of the original promises made by the Mayor (Eduardo Paes) for the Olympic legacy (mainly involving investment in urban mobility and the reduction of pollution) barely half have been met on time.

The optimism of the mid-2000s is now a distant memory as Rio has ended up a victim of the so-called “oil curse.” Despite an abundance of oil reserves, Brazil has ended up with less economic stability, less democracy and worse development than countries without oil. Unemployment in Rio exceeds 8%, and after the Olympics and Paralympics, the situation is expected to deteriorate. 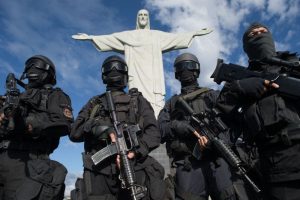 Trust between residents and the authorities is at a low ebb, and although Rio can do the spectacular (as it proved with the World Cup in 2014 and the Olympic this year), it’s the everyday that it struggles with.