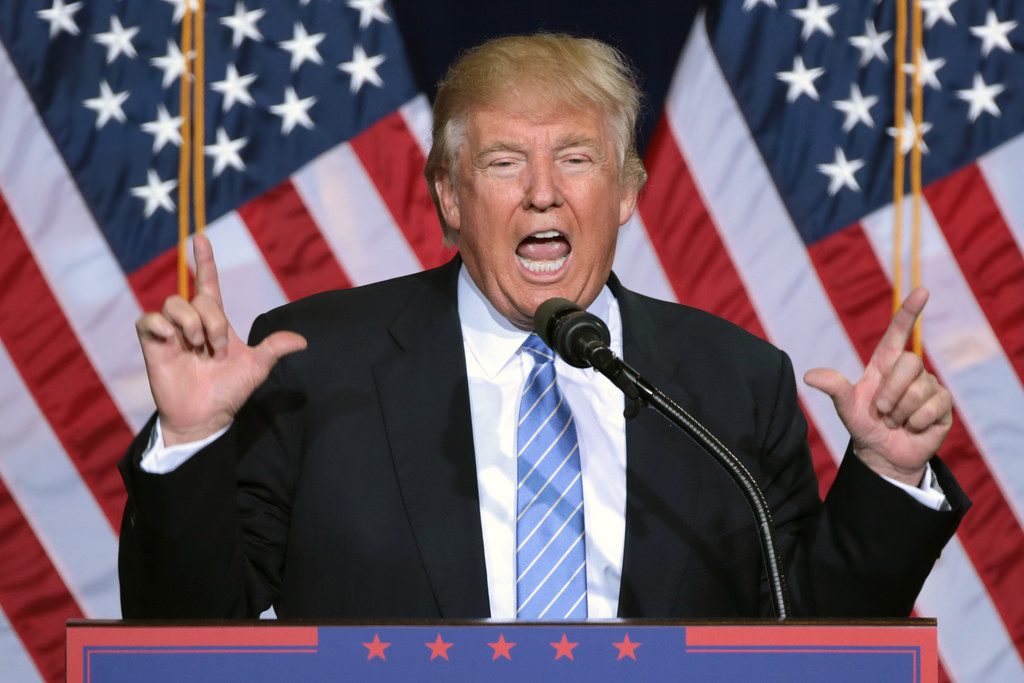 I really, really want to stop posting about Donald Trump. Despite his penchant for putting his foot in it on an almost daily basis and delivering manna from heaven for any writer, it’s getting a little tiresome hearing his faux pas with such depressing regularity.

But in re-tweeting far right, anti-Islamic content from Britain First, he is really showing his true colours. Endorsing such abhorrent (and, in fact, unverified) content to over 43 million Twitter followers is not only incredibly dangerous, but utterly reprehensible, not least in the context of his position as the President of the United States.

Re-tweeting such inflammatory nonsense is dangerous enough for a regular citizen, but when arguably the most powerful person in the world is at it, it really is time to worry about the direction we are heading.

Adding legitimacy (in as much as Donald Trump can be taken seriously) to such hate propaganda, put about by a fringe far-right group like Britain First, is a perilously retrograde step down a road towards a bitterly divisive politics and marks a very dark day as the ‘Leader of the Free World’ shows himself to be a vile racist.

For once, the British government actually took steps to rebuke Trump on his latest outburst and said he was “wrong” to have re-tweeted Britain First’s posts. The Prime Minister’s official spokesman said:

Britain First seeks to divide communities through their use of hateful narratives which peddle lies and stoke tension.

They cause anxiety to law-abiding people. British people overwhelmingly reject the prejudiced rhetoric of the far-right which is the antithesis of the values that this country represents: decency, tolerance and respect.

It is wrong for the President to have done this.

These comments only served to enrage the president, and he took to Twitter to lash out at Theresa May (initially, and rather amusingly, the wrong Theresa May until he corrected this later on), suggesting Britain get their own house in order before worrying about Trump:

.@Theresa_May, don’t focus on me, focus on the destructive Radical Islamic Terrorism that is taking place within the United Kingdom. We are doing just fine!

Does this mark a shift in the so-called ‘Special Relationship’ between Britain and the US? Theresa May, let’s not forget, went out of her way to become the first world leader to visit Trump following his inauguration. And she has previously avoided making any overt criticism of Trump’s behaviour and policies since his election success. 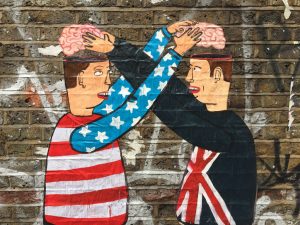 But in attacking the British government’s (perfectly reasonable, and indeed, required) response to his latest shambolic tweet-fest, Trump has shown that nothing and no one will stand in the way of his far-right agenda. He does not care who he upsets or irritates.

The UK Secretary of State for Communities and first Muslim Cabinet member, Sajid Javid, condemned the president in no uncertain terms:

So POTUS has endorsed the views of a vile, hate-filled racist organisation that hates me and people like me. He is wrong and I refuse to let it go and say nothing.

This went a little further than Education Secretary, Justine Greening, who merely repeated the official government line that Trump was “wrong”, while Britain’s top diplomat (if that is not a contradiction in terms) Boris Johnson yet again failed to condemn Trump but did, at least, denounce Britain First:

Britain First is a divisive, hateful group whose views are not in line with our values. UK has a proud history as an open, tolerant society & hate speech has no place here.

It beggars belief that the American president could so blatantly display his far-right leanings. The best way I can think of to describe Trump is that he reminds me of a drunk in a nightclub who’s looking for a fight, staggering around the place, asking out anyone he falls into. “What did you say? You want to take this outside? I’ll have you!”

He is just so totally unsuited to the role he now holds it is untrue. You just couldn’t make it up. Any TV show like this would be dismissed as unrealistic and beyond parody. But this isn’t TV. This is really happening.

And there looks like there is no sign it will stop any time soon, even in the context of Robert Mueller’s ongoing investigations.

Grab the popcorn, this is going to get very interesting. And very scary.

I’ll leave the last word to Brendan Cox, husband the of the murdered MP Jo Cox, who responded to Trump’s Twitter lashing of Theresa May:

You have a mass shooting every single day in your country, your murder rate is many times that of the UK, your healthcare system is a disgrace, you can’t pass anything through a congress that you control. I would focus on that.