Words I thought I’d never, ever hear, not in a million years. 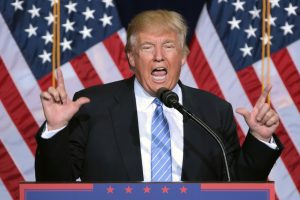 Of course, it’s more difficult from this side of the Atlantic to appreciate the level of hatred and disenfranchisement with conventional politics. Sure, Brexit gave us in the UK a taste of what it feels like when large swathes of the electorate feel so let down, so isolated and so ignored by the ruling political establishment that they will vote for change, ANY change.

How did we get here?!

Reading about the fall-out from the most surprising election result in modern political history, it’s clearer than ever that people have had enough. Little blame can be attributed to white, ‘uneducated’ working class Americans, as we can’t blame the same demographic for taking Britain out of the European Union.

People are frustrated. Frustrated at the out-of-touch political classes, the behemothic state pandering to the privileged few while ignoring the very real concerns and fears of the working classes, many of whom are now living in poverty by any modern measure. And all the while, the rich are getting richer, and the architects of the global financial meltdown of 2008 and beyond remain protected and unpunished for their actions.

Despite his apparent bravado and lack of culture, Donald Trump speaks to people. He speaks their language. Not the language of sexual assault or outright racism, perhaps, but the language of hope and opportunity, the very essence of the American Dream. And what embodies the American Dream more than a (not entirely) self-made man making all the way to the White House? 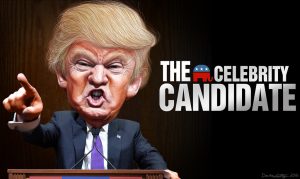 There can be no denying his horrendously ill-judged bravado about his sexual proclivities, nor can we turn a blind eye to his blatant racism and xenophobia. But this man is no politician in the widely-understood and accepted sense. There is no media training, no spin doctors drumming home the remorseless platitudes that we hear day-in, day-out from seasoned representatives. What we have is a man who speaks his mind, without sensitivity to what he sees as shackling political correctness.

To use his favoured locker room banter, he calls people out. He tells it like it is. He calls a spade a spade. Such language and delivery has become unpalatable to hear over time, and rightly so, but in a free society, he should at least have the opportunity to tell it as he sees it. That such little was made of his disgraceful views on women, foreigners and those of other religious persuasions to his own, as well as his reluctance to contribute for decades to the IRS, is mind-blowing to say the least.

Certainly, compared with the unbelievable scrutiny placed on his opponent for injudicious use of emails servers, or accepting eye-watering sums of money for private speaking engagements, you have to wonder where people’s priorities and moral values currently reside. 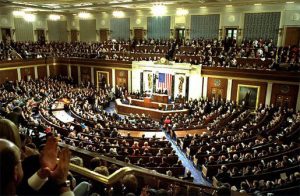 The most disturbing thing about Trump’s victory now seems to be the fact that for the first time since Ronald Reagan’s era, the Republicans have completely unfettered control of the White House, both Houses of Congress, and soon to be the Supreme Court. They can push as radical a right-wing agenda as they see fit, and there is nothing anyone can do for the next four years.

Of course, one false move with the nukes, and we might not have to worry about that. That Trump has such a man-crush on Vladimir Putin might well be seen as a good thing, although not necessarily for the Baltic states of NATO. But his apparent ambivalence to the Chinese, for instance, bodes less well for a reduction in worldwide military tension, and who knows how much (or little) Kim Jon-Un needs to do to rattle Trump’s cage? 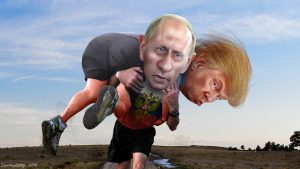 Interesting times for sure, but certainly not exciting. The irony of replacing the United States’ first Black president with someone endorsed by the Ku Klux Klan should not be lost. History tells us that such events as Brexit in Europe, and now the election of a right-wing leader of such a powerful nation can lead us down a very dark path.

We can only hope that President Trump is as much a historian as he is a business guru, and his administration doesn’t head the same way as some of his previous bankrupt business ventures.