I am not, by nature, an optimistic nor gregarious personality. I prefer to see myself as a realist, even-tempered and able to appreciate the downsides and risks in the things that happen to me, and around me, in my life.

But the events of the last six months or so have created feelings of despondency and frustration. Never has the outlook appeared so pessimistic and bleak as it does today. The shambles and almost ‘anti-politics’ of the Brexit campaigning (on both sides, it should be noted) left the UK to make an appalling misjudgement of epic proportions, based on lies, half-truths and the stoking of a latent xenophobia (bordering on racism), the like of which not seen since the days of Hitler and the Nazis in the 1930s.

The commentariat have couched this as a call for change, the rising up metaphorically of the downtrodden masses who have been left behind by an out-of-touch political elite. The Brexiters were convinced by the jingoistic nationalism of the ‘Out’ campaign, wooed by false promises of millions and millions of pounds which would be available for investing in an ailing National Health Service, by racist demands to ‘Take Back Control’ of our country and its borders, and to restore the sovereignty of the UK parliament over the unelected bureaucrats aboard the Brussels gravy train.

To add further ‘legitimacy’ to all of this, the United States then fell for the same outlandish promises, going one step further and ignoring (even validating) the blatant misogyny and racism of Donald Trump to elect him president, and completely missing the irony that a man who lives in such lavish luxury so loudly promised to ‘Make America Great Again’(resurrected from the Ronald Reagan era) and return power and prosperity to the disenfranchised and downtrodden ordinary Americans, away from the cosy political, corporate and financial ‘establishment’ on the US east coast.

And so, the ‘Special Relationship’ between Britain and America continues, this time as each seeks to move to the political and ideological right, becoming more isolationist and inward-looking. Detaching ourselves from unilateral trading agreements, seeking to tear up treaties and looking to place limits on free movement of people by suggesting we can achieve more favourable terms and outcomes by going it alone simply makes no sense. It merely fosters suspicion and doubt, placing more power in the hands of government and institutions and restricting liberties and opportunities in a corporate and a financial sense.

Religious hatred, xenophobia and outright racism has been bubbling under the surface for decades. While we have come a long way from the dark days of the Holocaust and the immediate post-war period, especially the 1960s in the southern USA, there has always been a nagging feeling that such anti-social behaviour was never too far away, and that the black and Asian minorities were welcomed and integrated with only a cautious acceptance by the white majority, be it in the UK or the US.

Yet now, any pretence at tolerance, understanding and acceptance has been blown away, with the largely right-wing media looking to fan the flames of division and drive a wedge into the wheels of progress, society and indeed democracy. Not a day passes without front-page headlines warning of the dangers that immigrants pose to our safety and security, how immigrants are coming and plundering our social security system and taking the jobs of the natives or how Britain is ‘full’. 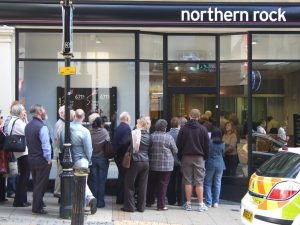 The rich are getting richer, the poor are getting poorer and more children than ever before are living in poverty, and who’s fault is it? Why, the immigrants of course! Not the government, whose disastrous economic policies and abject failure to control abuses of the tax system by companies and individuals, and failure to adequately control and punish the banking system responsible for the 2008 collapse might be seen as the catalyst for this mess. Not these corporations and banks themselves. No – it can only be the workshy freeloaders from abroad and their net contribution to our economy. It must be the benefit fraudsters milking us dry.

Blaming the weak in society, fuelling hatred of things we don’t understand, picking on those without the power and wherewithal to fight back – classic tactics employed by bullies, to which Donald Trump is no stranger either. Where people feel cheated and let down, it’s easy to rouse them with outrageous claims, by blaming minority groups they don’t really understand and with meaningless soundbites like ‘Make America Great Again,’ ‘Brexit Means Brexit’ or ‘Take Back Control.’

Where does this leave us? Such regressive politics serves to destroy everything our forebears fought for, whether in war or through other means of conflict, protest or debate. Very much more ought to be achieved, shared and enjoyed by working together with our friends and allies. Seeking to isolate ourselves, shutting out large sections of society and putting up barriers for many others, serves only to fracture and divide us, encouraging suspicion and promoting fear and hatred.

Is the really the world we want to build for our children and theirs? How can one look positively and hopefully to a future where we are forging ahead in pulling up the drawbridge, putting up trading barriers to our nearest 500 million neighbours? How can America become great again by building a wall, banning Muslims and breaking up their own trading arrangements with their nearest neighbours? How does this chime with the ‘American Dream,’ of the US being a land of hope and opportunity?

So for me at least, the glass is very much half-empty. It even has a crack in it. The future is certainly not bright, although with Mr Trump’s predilection for self-tanning, it might well be orange. I just hope the world can see this rise of right-wing populism, and look to keep it under control. Surely we have learnt some of the lessons of history? Or are we destined, as a society, to keep repeating the mistakes of the past, in the vain hope of achieving a different result? As Einstein himself put it: 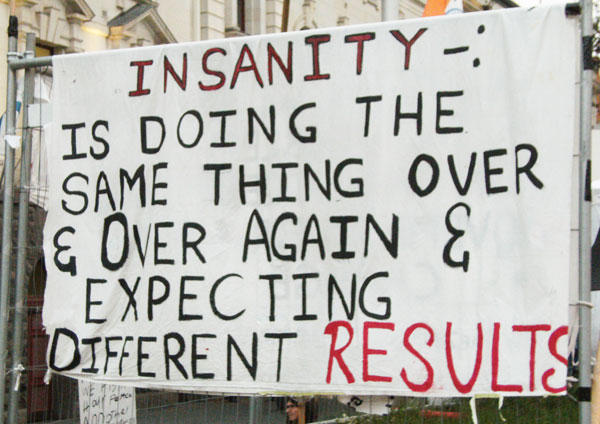