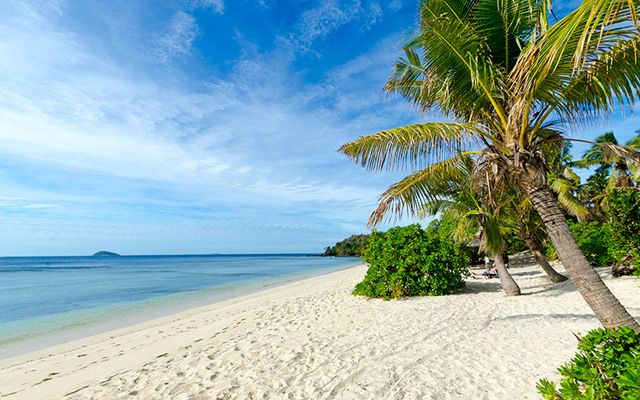 Six down, two to go. It’s been sooooo difficult to pare down my favourite songs of all-time to a shortlist of eight. In the digital age, I really think Desert Island Discs could be updated to allow for the fact we can store literally thousands of tracks on a device almost as small as a postage stamp!

I could load up my iPhone with as much music as would fit into 64GB. I could add a load of books on the Kindle app, and I could even add a few movies, something not remotely considered back in the 1940s. I’d have a luxury item and presumably, the desert island would be remote enough to be unable to connect with the outside world, so surely, it’s a win-win scenario?!

Sadly, rules are rules, which means sticking to eight songs, a book and a luxury item. Over the past couple of posts, I’ve done the first six tracks, so it’s time to wrap up: the last two ‘ultimate’ tunes, as well as the book for all-time and a luxury item to soften the blow of being left isolated in the middle of nowhere.

Sympathy for the Devil– Rolling Stones

From the amazing Beggars Banquet album, my all-time favourite Stones track. Often, it’s either Stones or The Beatles. I’m not a massive fan of the Fab Four, so I’ll take the Stones every time. This ‘samba rock’ track is genius, with Mick Jagger assuming the persona of Satan and recounting his involvement in notable historic events (the death of Jesus, the killing of the Kennedy brothers, the Russian revolution).

I love the fact the rhythm is so hypnotic, not building to a crescendo, just steady and consistent throughout. It’s impossible not to get sucked into the groove. Guns n’ Roses did a very passable cover for the movie Interview with the Vampire in the mid-1990s, but nothing will better the Stones’ original.

It’s unbelievable the Stones are still going strong, some 56 years after they originally formed, and with (arguably) three of the original line up in Mick Jagger, Keith Richards and Charlie Watts (although Watts joined a year after their initial formation, but was part of the first ‘stable’ line-up of the Stones). They began rooted in rhythm-and-blues music and returned to the genre with their most recent album – Blue and Lonesome – released in late 2016.

Livin’ on a Prayer – Bon Jovi

The 1980s. Hair rock. Which inevitably has to involve New Jersey’s finest – Jon Bon Jovi, Richie Sambora, Tico Torres, Alec John Such and David Bryan. From their album Slippery When Wet and released in 1986, Livin’ on a Prayer is perhaps the signature Bon Jovi song. It tells the story of working class, down-on-their-luck Tommy and Gina, and how their love and determination saw them through some tough times.

The production is slick and loud, with the sharp edge of distorted guitars blunted by melodic hooks and rich keyboards – a rousing wall of sound. The track is also notable for Richie Sambora’s use of an unusual ‘talkbox’ effect in the song’s primary guitar riff. The 80s at its finest.

Bon Jovi hit the big time with Slippery (their third album) and went from strength to strength throughout the 80s, 90s and early 2000s. They’ve been less productive of late and split with long-time guitarist Richie Sambora back in 2013 – a sad day for me, and when I saw them live in 2013 during the Because We Can tour, it just wasn’t quite the same without Richie. They will be inducted into the Rock and Roll Hall of Fame during 2018.

So, there you have it – my eight ‘desert island discs’. I am a sucker for guitars and rock songs, and these are eight of the very best. It was heart-breaking to have to leave out stuff from AC/DC, Black Sabbath and REM, to name but three of the (many) other contenders, but overall, I’m very happy with my eight. Please feel free to comment below – do you agree with my selections? What direction would you have taken?

All that remains, then, is the book I’d take and the luxury item to help make my stay in exile a little easier to bear. 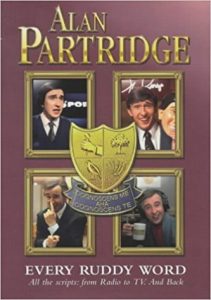 I love a good laugh, and although the works of Shakespeare (and, to a lesser extent, the Bible) do contain their light-hearted moments, I would need something to make me properly laugh out loud. One of my favourite TV shows of all-time has its scripts conveniently compiled into a book, so I’ll be taking Alan Partridge: Every Ruddy Word along to keep me smiling.

The brainchild of the genius that is Steve Coogan, Partridge is one of the finest comedy creations ever, and attempts to retire the character have proved unsuccessful – the fans just want more!

As for the luxury item, well what can I say? I’m getting old and I need my creature comforts. Getting a good night’s sleep is crucial for good health, so I’d be taking along my Otty memory foam mattress – it’s honestly the best investment I have ever made. Mrs The Voice may not be happy at having the bed removed, but that’s just too bad! I couldn’t be without it for any length of time – I hate going on holiday knowing I will be away from my beloved bed for more than a few nights.

What a very sad case I really am…