The general election the Prime Minister said she wouldn’t call is happening today.

Then Mrs May decided to call a general election after all, because she needed an unequivocal mandate to enter the formal Brexit negotiations. Apparently, the referendum result from last June, along with the unchallenged Article 50 bill in parliament, was not enough. 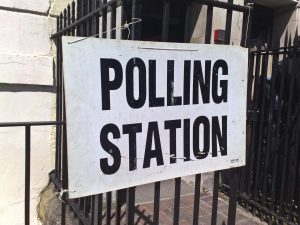 Instead of getting on with negotiating the terms of the United Kingdom’s withdrawal from the EU on Article 50 had been invoked and approved by parliament, the Prime Minister decided British interests would be best served by calling yet another national ballot (after the general election of 2015 and the EU referendum of 2016, not to mention the Scottish independence referendum of 2014!) and so wasting another 6 weeks and failing to make any progress on a vote taken almost 12 months ago.

To all but the most blinkered of Conservatives, the only reason Theresa May called this election was to take full advantage of a massive lead in the opinion polls to try and redress a tiny majority in the House of Commons of just four seats. The polls indicated a landslide victory for the Tories, with a predicted majority in three figures. No Brexit mandate was needed – the government had one already. 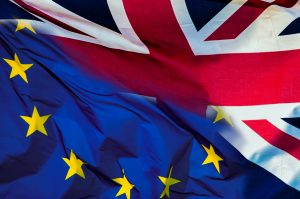 The election campaign started with Theresa May claiming that only her “strong and stable” leadership could deliver the Brexit the UK needed. Labour, the Liberal Democrats and the Scottish Nationalists were all derided as weak, inexperienced and a “coalition of chaos”. The Tories sought to circle their wagons around Theresa May and her strength and her personality as a strong, experienced pair of hands to steer us through the troubled waters into which we had voted ourselves.

In addition, the Tories (and their cheerleaders in the right-wing press) launched a concerted and vicious personal attack on the Labour leader, Jeremy Corbyn. Never mind the policies, a wholehearted character assassination was the name of the game, with previous (mis-reported) links with the IRA and his distaste for nuclear weapons high on the agenda.

So far, so predictable. But then something strange began to happen. The Labour party began to get its mojo back, and it became clear they were campaigning on real issues, and particularly domestic issues that affected real people, every day of their lives. They were not interested in personalities. A 20-point lead in the opinion polls evaporated, and as June 8th crept closer, Labour found themselves between 5-10 points behind. An incredible sea-change in public opinion.

A ‘Campaign of Chaos’ perhaps?

Meanwhile, the ‘strong and stable’ Prime Minister was nowhere to be seen, hidden away from the public with carefully stage-managed appearances before a hand-picked crowd of Tory members and dyed-in-the-wool blue voters. As Jeremy Corbyn went out and faced the electorate with the fully-costed Labour manifesto, Theresa May continued to hide out in safe Tory areas and sent the likes of Amber Rudd and Boris Johnson to face the music. Almost within hours of the (uncosted) Tory manifesto appearing, major U-turns were being made on key policies, such as the funding for old-age care.

As the leaders’ debates began appearing on TV, again the Prime minister was notable by her absence on several occasions. Any kind of public and media appearances were largely avoided, and those that did take place showed May to be irritable and unsteady when faced with awkward questions, combative and argumentative rather than conciliatory or sympathetic.

The election campaign was stalled by the horrendous terror attacks in Manchester and London, which upset the Labour charge somewhat and changed the focus of the campaign onto security.

The ‘strong and stable’ Prime Minister dismissed criticisms over her time (6 years) as Home Secretary which oversaw a reduction in police numbers in excess of 20,000, as well as promising to remove human rights if they interfered with government attempts to tackle terror and renewing the character assassination on Corbyn and his historic links with the IRA and Sinn Fein.

All against a backdrop where the British government proudly highlighted its links with Saudi Arabia, including hugely obscene arms sales, as a badge of honour, and what a Brexit Britain could look forward to in terms of free trade.

Despite senior police officers and security experts all expressing their discomfiture at the huge reduction in front-line policing, which they felt compromised security efforts, the government gave these observations short-shrift and badged themselves as the party of security – this was no time for a novice like Corbyn to be learning on the job.

A bridge too far?

Ultimately, the election will probably not impact the Conservative government negatively – all the late opinion polls point to around a 10% lead, and they should manage to increase their majority sufficiently. But the public mood suggests that it won’t be quite the landslide they were expecting, and the campaign mounted by Labour, the SNP and others has shown that a positive politics, based around issues and not personalities, still resonates with many.

Whether the many, and not the few, can come together for change in sufficient numbers is unlikely this time around, with the spectre of Brexit and the security fears of the terrorist attacks probably causing enough uncertainty that people will opt for the devil they know.

But with millions more people, particularly the young, registering to vote and engaging politically through social media (among many other channels), there is some hope for the future. Of course, our appallingly outdated system of ‘first-past-the-post’ means in many areas, votes are all but meaningless, but if the appetite for change is there, we can only hope the young and the disenfranchised choose to partake sooner, rather than later.