There really is no other story in town at the moment is there? Donald Trump. President of the United States of America, quite possibly the most powerful and influential nation on Earth. Not a politician by any measure, certainly not a diplomat (it’s clear he has no idea of the word’s meaning), but a businessman, and one who is no stranger to failure and bankruptcy.

Brand Trump is definitely trending right now. It’s arguably the most famous brand in the world at this moment in time, and might well remain that way for at least the next four years. And that’s whether he lasts the course or not.

His blustering rhetoric of the campaign trail has now become jaw-dropping reality, with the new president signing Executive Orders into law like they are going out of fashion. Which they might do, if he tries to bypass Congress with much more controversial policy.

In his first week, he has suspended (read banned) travel for nationals from seven predominantly Muslim countries in the Middle East. Some countries in the region are exempt however, and these countries just happen to be where President Trump has (or maybe ‘had’ now he’s claimed to have turned over the running of his companies) business interests – Saudi Arabia, for example, or Egypt. Countries not known to carry the significant terrorism risks from which the president is seeking to protect the US.

Oh, hang on. Weren’t 15 of the 19 terrorists so far held responsible for 9/11 from (or heavily linked with) Saudi Arabia? Must be a different one. 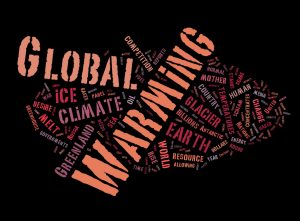 So what else has President Trump got busy with? Well, in under a fortnight, he’s: 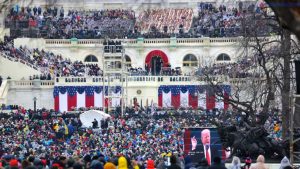 Not bad going. He’s kept up the tweeting, he says the media have lied about how few people really attended his inauguration – apparently, he says, it was largest crowd in history. The pictures tell a different story. Alternate truth? You tell us, Kellyanne. *Edit – Newsflash! He’s also fired the acting Attorney General because she doesn’t actually agree with him – quite the big man, isn’t he?!

Whatever else, Trump is certainly proving to be as box office as we all expected. ‘Go hard, or go home!’ was certainly his mantra on the campaign trail, and he’s taken that with him into the White House.