I wanted to write a post which wasn’t driven by current affairs. It’s getting me down, to say the least. Everywhere you look, there is hell on Earth: war and terrorism in the Middle East (and beyond); the Brexit fiasco; homelessness and poverty at record levels; the Trump administration; gun violence in the US; sexual abuse scandals in every walk of life – the church, Hollywood, junior football, parliament – you name it, there are sexual predators galore, many yet to be uncovered and brought to justice..

A simple online search will throw up dozens, hundreds, of ideas for blog posts; from ‘Top Tens’ to life hacks; from where you’d go in a time machine to product reviews. One particular subject leapt right off the screen though: What scares you the most, and why? 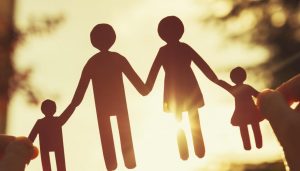 This world scares me!

On reflection, this could easily be a blog post about how the world we live in has become the scariest thing – i.e. another current affairs blog post! And I guess most of our lives are driven and affected in every which-way by what is going around us, and the experiences and events with which we’ve grown up.

But the more I consider the question, it’s actually quite easy to let that all melt into the background; to drown out the noise of the newsreader solemnly informing us of another mass shooting in America; of more dead children and millions of people fleeing from the hell that is the Syrian civil war; of another terrorist attack in a Western city at the hands of ISIS or other extremists.

All of these scare the hell out me, and most right-thinking people I would imagine. But in reality, most of us are detached from this world of death and destruction. Rarely does it fully impact on our sheltered lives, and on the rare occasions these things do touch us closer to home, there is usually a sense of it being merely temporary – it will pass us by soon enough.

What else am I worried about?

So what of the things we should fear in our lives, the things which we wake up to every single day? The things which are permanently there, nudging us in the back, whispering in our ears, offering gentle – and sometimes not so gentle – reminders that they’re not going away?

Having children is a game-changer – this almost goes without saying. The joy they bring is truly incredible, the moments and experiences you share can never be replaced, nor replicated. But having children is also the scariest thing in the world. When you consider the responsibility you have brought on yourself, it’s truly terrifying.

You can live with the early changes and sacrifices you have to make: the lost sleep, the dirty nappies, the illnesses, the temper tantrums. These changes are easily absorbed into daily routine and you just learn to get on with life. While this might be scary to begin with, it’s nothing compared to the future.

Particularly if your child – or children – have something wrong with them. Whether it’s a medical problem they’ve had from birth (or developed early) or something which comes to light as your pride and joy develop and grow (I’m thinking autism or some other developmental disorder), life becomes a whole new ball game if you’re not only a parent, but a long-term carer for your child.

What will happen to my son?

This is what scares me the most: what will happen to my child when I am gone? What if something happens to me along the way – maybe I develop a long-term chronic illness, or worse, a life-limiting illness which prevents me from caring for my child. These questions begin to loom large, perhaps even more so when you hit middle age. 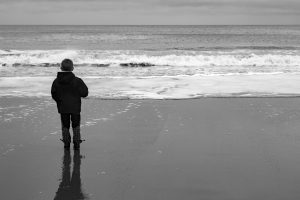 When you realise that you have fewer years left than you’ve already lived, it’s a sobering moment. My child has an autistic spectrum disorder. Fortunately (if that’s the right word?), my child has Asperger’s and could be best described as being on the high-functioning end of the spectrum: he struggles with social interaction to an extent, but it’s more inappropriate comments and awkwardness than anything.

He has a variety of hobbies and interests and handles school well enough. Academically though, he is unlikely to achieve a great deal. He goes through the motions and his behaviour and contribution to the school is excellent.

He has friends, although no one close and his interactions with them take place in the school environment. But he won’t achieve many qualifications, and I can’t envisage him holding down a job, at least not in the conventional sense. He would be better served working for himself, but I just can’t see any entrepreneurial spirit, so I’m starting to worry what the future holds for him when I am not here anymore.

As a family, we don’t have a huge amount of money and there is no family business for him to fall into. There won’t be massive inheritance windfall to help him out. So I find myself now thinking that my pension will be his income – I won’t have time to enjoy retirement, but that hardly matters: I need to scrimp and save to make sure I leave behind as much as I can to help him through life.

But that still won’t help him day-to-day. Where will he live? How will he pay bills? How will he do his laundry? He’s a teenager now but can barely shower himself without my help. With luck I will have the next thirty to forty years to teach him, assuming nothing happens to me along the way.

After that? I don’t want to contemplate it.